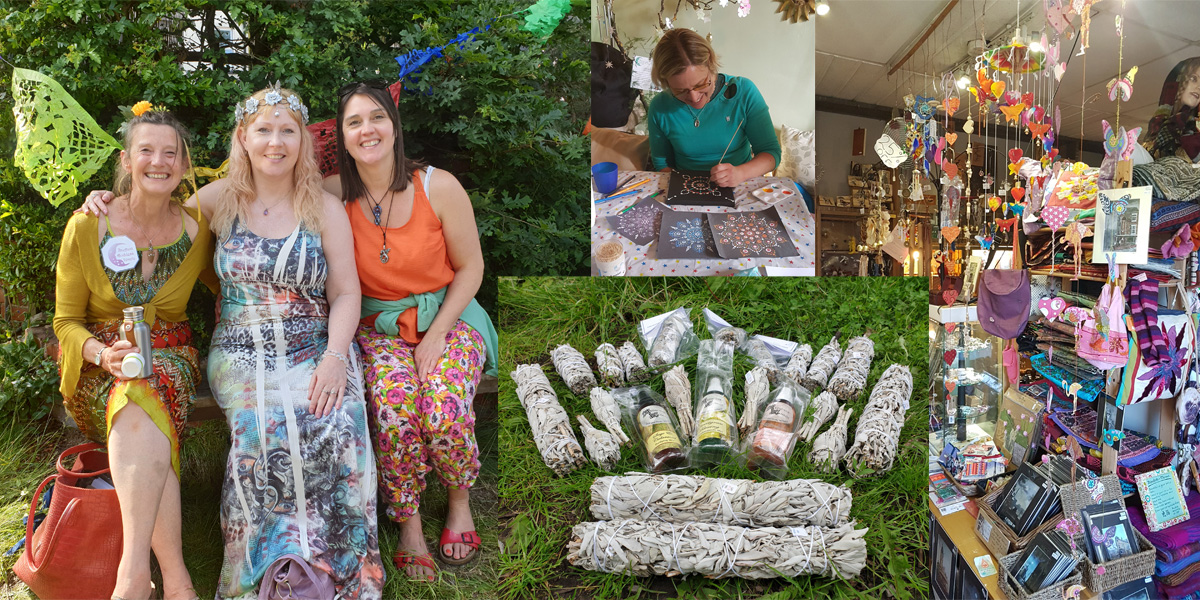 We have hosted many events from book launches, healing workshops, weekend festivals and much more - if you have an idea or any suggestions, please get in touch.

Coming up in the Autumn we have an evening of magical Egyptian Storytelling - on the 29th of October we have a talk by Kevin Groves, and during the day he will be talking about his journey into Magical Perfumery with demonstrations and testing.

Ancient Egyptian Storytelling - Adventure, Magic And Love Join Kevin as he recounts the stories of ancient Egypt that fired his imagination and called him to explore ancient Egypt when he was a child. There will be tales of power struggles of the gods, of the fates of mankind, and ultimately the love the ancients shared with others. Kevin is a spellbinding storyteller and is currently on a tour with his show. Most recently in Glastonbury but he has visited Edinburgh to Dover. Kevin has been delivering magical talks for many years and has been a regular at Witchfest too. A delightful way to start the run up to Samhain." Tickets are £5 and £3, book here.

Natural Perfume Experience A free talk and demo all about magical perfumery Optional tickets available to stay and make your own blend Kevin Groves is a natural oils artisan perfumer based in Dover. He brings his two current collections for our delight. The first is based on ancient Egyptian perfume recipes, one of which was a particular favourite of Cleopatra. His newly released second collection draws inspiration from growing up in his home town of Deal, and where he now currently resides, eight miles south in Dover. Along with the collections he brings his extensive oils collection for live mixing in store so come along and see what scents can be easily mixed up!

There are no products to list in this category.